I don't know if you dickshits heard this, but your precious reign of Stadium Series domination is coming to an end. Finally a deserving hockey team gets to play outdoors in a baseball stadium.

That's right, motherfuckers: Detroit finally gets to be the road team in an important outdoor game.

You all think you're high-and-mighty because the Kings and Sharks will be playing some dumb boring game in some stupid California stadium this season and also this is the second time California has gotten a Stadium Series game, but that's coming to and end as the NHL finally recognized the importance of the Detroit Red Wings to hockey's outdoor culture.

The Red Wings even get to be the road team, so we don't have to host a bunch of fart-fellating dorks from the other fanbase. 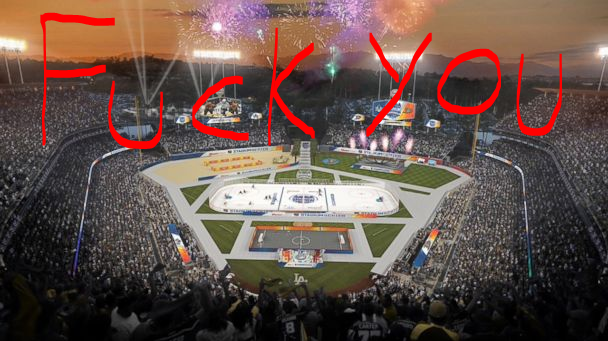