Scoff20 here. You don't know who I am. That's okay, most the time neither do I. I've been a lurker here for several years. Every now and then I post a comment(this year I'm up to 3 I believe, and one earned me a burrito). I'm a kings fan and I guess the point of this fan post is just to rub a few things in your faces (although knowing Battle of California, I'm sure it will be thrown right back at me).

First, 11 years ago on my birthday I got to ride the zamboni during the intermission of a game. That was pretty cool all the adoring fans cheering and what not, as I helped smooth the ice so the kings could skate to victory. The kings won that game and you could probably say it was all because of my help during intermission.

Second, unlike you guys I did something memorable this summer. I proactively fought against the ridiculously priced tickets associated with attending the Stanley Cup Finals. I did this not by boycotting. No, I did the only logical thing. On Friday June 13th, 2014 I, with the help of a trusted friend, snuck into Staples center to watch the Kings win their 2nd Stanley Cup in three years. I was there to witness it all. I was down at the end of the ice where it all ended so I watched first hand as Lundqvist collapsed. And I watched first hand as Alec Martinez's eyes lit up when he saw the rebound and how he turned to face his teammates throwing his gloves and waving his hands in complete jubilation. I was there for that.

So anyways here are some crappy cell phone pictures I took of them celebrating. Sure you can find better ones elsewhere on the internet, but do they really mean anything at all if you weren't there to take them yourself? 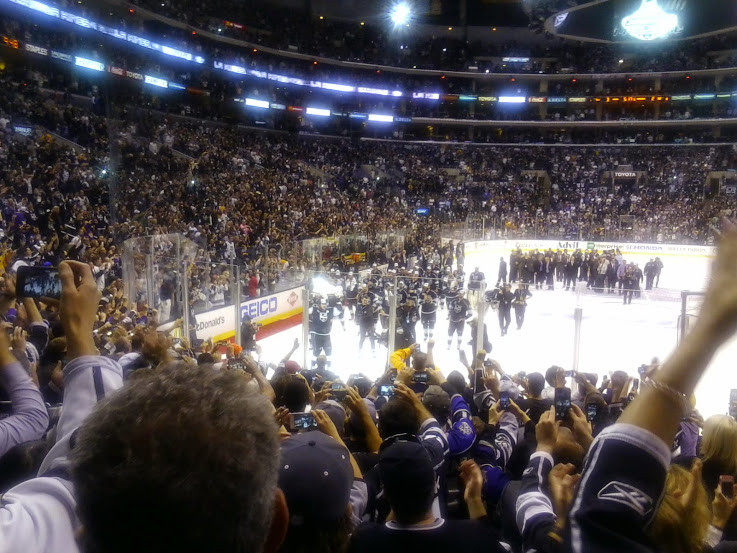 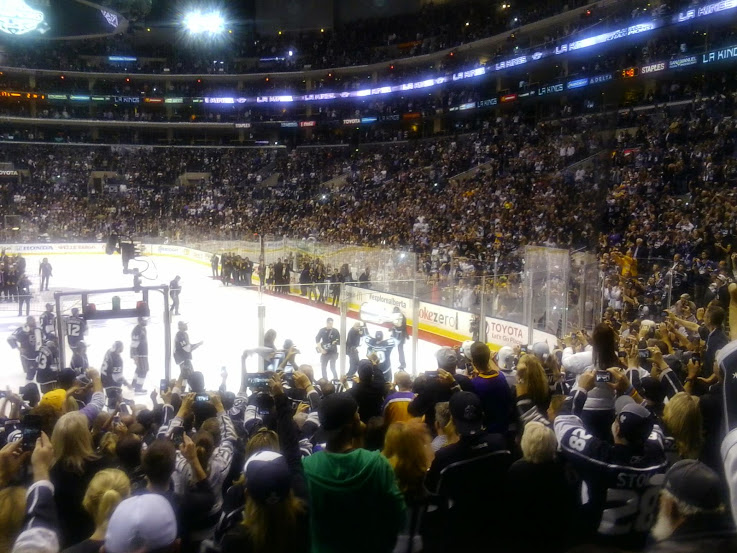 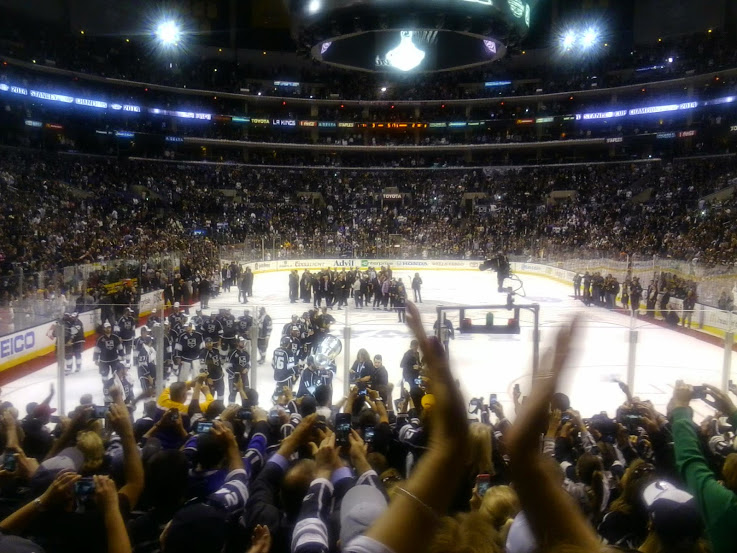 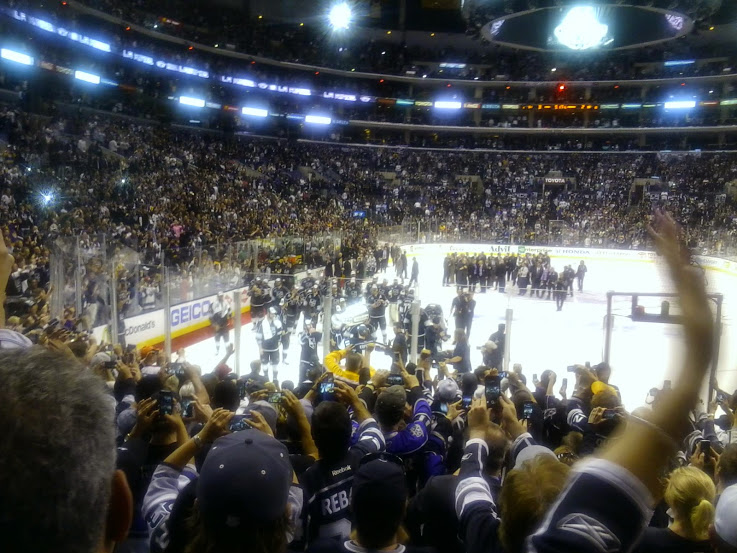