"I AM THE LAST ONE! Except for the shitty sequel starring the older brother from Malcolm in the Middle that I never saw. Or was it a prequel?"

I totally meant to do this but I forgot until the last minute! Sorry, but I've been busy lately, heading back to Buffalo for my final semester of grad school. But enough about shit nobody cares about, I've got something really cool to share with you!

Well, not really. Since I put this off to the last minute I can't really think of anything to write about. So instead, I'm going to walk you through the plot of the movie Dragon Heart starring one of the Quaid Brothers (Dennis, I think) and Sean Connery as the voice of a dragon, from memory.

Anyway, it's set in the medieval times, except it's like fantasy medieval times, sot here's dragons and stuff. Not much magic though. Just dragons really. Sean Connery is one of them. In fact, HE IS THE LAST ONE! But not until later.

The movie starts off with Dennis Quaid teaching this whiny kid how to sword fight and teaching him about the "Old Code." That's some stuff about being honorable and a a bunch of garbage I'm sure real knights never really cared about (I imagine the Hound from Game of Thrones has the most accurate opinion about knights, or "sers" if you're a nerd). 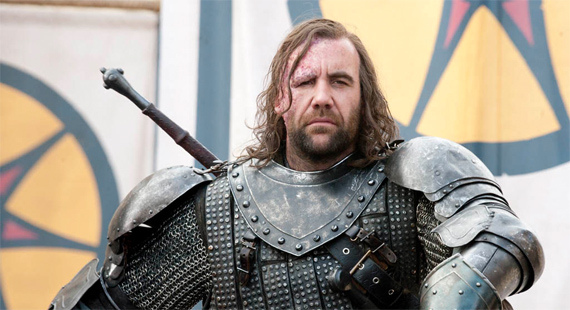 "We rented the man without a face, I didn't even know he had a problem!"

Anyway, as they're practicing the whiny kid's dad is off slaughtering peasants in a rebellion because the whiny kid is the prince and his dad is the king. King of what, I have no idea All they seem to have is a castle so historically he's probably a lord or something, but we'll pretend it's a king.

Anyway, it's apparent from the beginning that this kid is a sick, sick, sicko, who is all into killing people for sport and he wants to go and watch the the poor people get raped and killed and stuff. Sicko. He's like the bastard offspring of Corey Perry and Dustin Brown.

Anyway, Dennis Quaid gives him a talking to about being honorable or some bullshit and thinks he got through to the kid because he has some weird paternal feeling for him because he's like his teacher / bodyguard or something. Anyway, he can't see that the whiny kid is obviously a dick.

Anyway, they end up at the battle somehow and the kid's dad get's killed and the whiny kid finds him and rips the crown off his dying dad with no remorse or love or any kind of compassion for his dying dad. Dick.

Meanwhile a peasant girl accidentally bumps into him and he falls impaling himself on a sharp stick. Lol. Anyway, Dennis Quaid shows up and is all upset and wants to save the kids life. They don't know what to do because the stake pierced his heart, but I think his mom (or maybe someone else) is like, "I know! We'll take him to a dragon!"

They take him to the dragon but Dennis Quaid is wary and he makes the dragon sear on the Old Code or something that it'll be alright. Whatever. Or maybe the whiny kid has to, I forget.

Then the dragon (voiced by Sean Connery, did I mention that? You don't see the dragon but hear his voice) pulls back his chest and rips out half his heart and shoves it in the kids chest. So now the whiny evil kid has a dragon heart. Hey, that's the name of the movie! Wait? The movie is named after the whiny kid who (you guessed) turns out to be the villain of the movie?! (Spoiler by the way, but if you read this far about a movie that's 20 years old and are upset about spoilers then fuck you).

Anyway, now the kid is okay and the peasants are enslaved or something. The kid then decides to rebuild these old ruins into a new castle using the peasants as slave labor. For good measure he decides to poke out some peasants' eyes with hot pokers, including the father of the girl who accidentally bumped into him and caused him to need a heart transplant (but I don't think he knew this).

This sends Dennis Quaid into quite a tizzy and he goes back to the dragon's cave and swears vengeance because he thinks the dragon's heart poisoned the kid to be evil because he's an idiot.

Cut to like 20 years later. Dennis Quaid is now a professional dragon hunter. He kills a dragon and collects a bounty from the bad guy from the Patriot, who also played the doctor in Event Horizon (did you ever seer that movie? it's pretty sweet) and he was also the dad of the blond kid from Harry Potter, the Malfoy dad, I forget his name. Lucious, I think. Or something like that. He was also the bad guy in the Kurt Russell movie Soldier. That movie was bad ass. I should be explaining the plot that movie instead, but it's too late now. 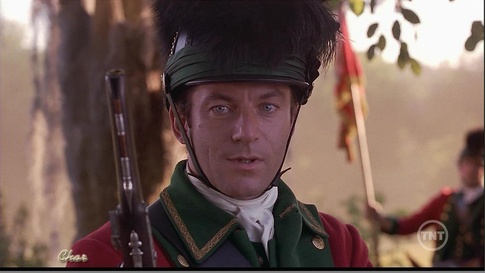 Brutal Tactics, brought to you by TNT

Anyway, that guy I was just talking about works for the evil prince Inan who was the whiny kid from the beginning now all grown up and still evil and a dick. The grown up whiny kid is played by the guy who was the main character in that god awful Island of Dr. Monroe (Not Monroe, but I can't remember the right name, it's not important) movie. Not Val Kilmer or Ron Perlman, the other one. No, not Marlon Brando. the other guy. He was also Professor Lupin from Harry potter. the werewolf guy. 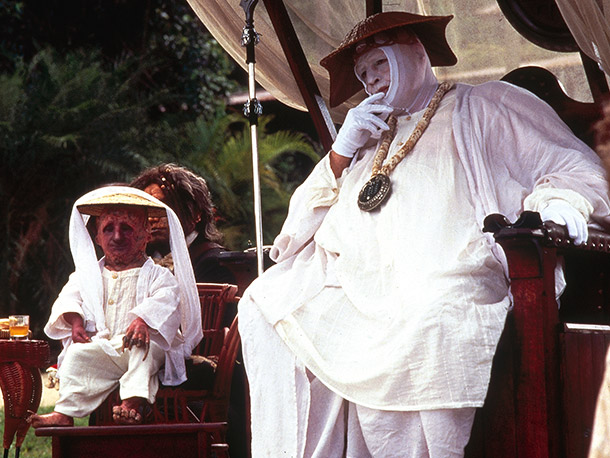 Where was I? Anyway, Dennis Quaid, who by the way is named Bowen in the movie, so I think I'll call him that now. Anyway, Bowen kills dragons and begins hunting another one. Meanwhile the lawyer from The Usual Suspects who was also the hunter guy from the Lost World is a traveling monk who writes poetry and stories and shit and decides to follow Bowen on his dragon hunt so he can write a story about it. Or something.

Apparently not! After a cutscene of supposedly hours of debating Connery dragon just spits out Bowen and prepares to kill him. Until they make a deal. They decide to con local villages into paying Bowen to "kill" the dragon that eats their sheep. Dragon gets to eat, Bowen gets paid and they both stay alive.

They do this for a while and get to know each other. Connery dragon finds out that Bowen is after the dragon who gave his heart to Inan (which the audience knows his Connery dragon) and Bowen learns that Connery dragon is the last living dragon and that when dragons die they turn into stars for no reason whatsoever. This is also when Bowen names Connery dragon Draco after the constellation.

Meanwhile, this girl (who happens to be the same girl who accidentally bumped into whiny kid McInan, but all grown up now), who is played by that girl who was in a few episodes of Friends and was also in Starship Troopers (not Denise Richards, the other girl from Starship Troopers) is part of the village and doesn't like Bowen for some reason and complains and shit. I forget exactly how it happens, but I guess the village doesn't like her either and Bowen convinces them to offer her to the dragon as a human sacrifice. They do and Draco shows up and carries her off. 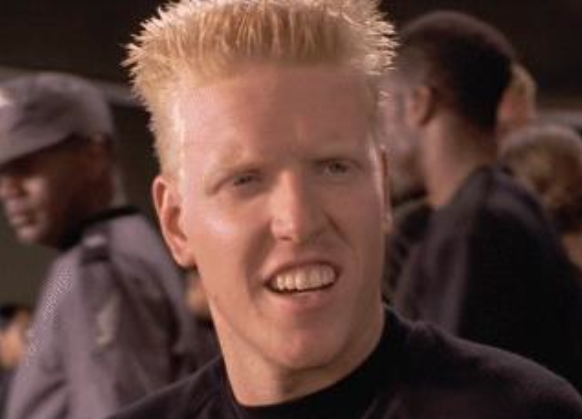 Bowen finds them chilling out and talking and complain that Draco didn't eat her because he's also a dick. The girl realizes that they were scamming everyone. Then Inan shows up out of nowhere (because of course) and Draco hides. Inan decides he wants to marry peasant girl for whatever reason and Bowen is like, "No way," because why not.

Oh, also, I forgot to mention, after they grew up Inan killed her blind father after he promised to let him go.

Bowen and Inan fight and then I think Inan "cheats" or something and Draco appears out of nowhere showing his half-heart and Inan pisses himself and runs away.

After this I don't remember exactly what happens but basically Bowen and Draco agree to help the peasants start a revolt against evil Inan. At some point peasant girl gets captured and is made into a servant girl and she tries to kill Inan stabbing him in the shoulder. When she does this Draco falls out of the sky and the audience realize that since they share a heart, they can feel each other's pain. Dun dun dun...

Then Inan's mom who is still alive and not a dick shows peasant girl the secret passage out because she knows her son is evil.

Meanwhile the peasants launch a number of successful attacks against Inan's forces, mainly because they have a fucking dragon. Inan gets all pissy and scared and then his mom hires a bunch of dragon slayers. She's obviously doing this because she realizes if the dragon dies, so does Inan. Inan stupidly agrees until one of the dragon slayers hits Draco with a harpoon and he gets all hurt. He then realizes what's up and asks one of his henchmen to kill his mom. He does and she dies. Inan is a bad dude if it wasn't already apparent.

Now Inan orders the dragon slayers to capture and not kill the dragon, which they manage. He then chains up Draco and says he's gonna keep him alive forever, but chained up.

Meanwhile Bowen and peasant girl and the monk from earlier that I forgot about until now who apparently has given up his vow of non-violence to be an archer that shoots people in the buttocks ("Turn the other cheek brother") launch a counter-offensive and Bowen sneaks into the secret passage that peasant girl from Friends showed him. 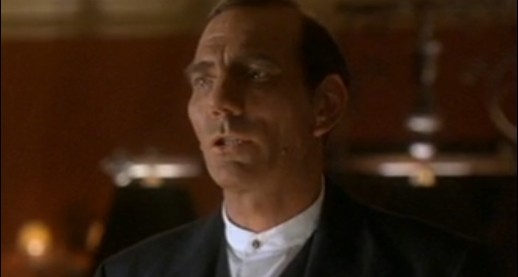 Mr. Soze will be most displeased over I can't remember what the line is or whatever.

Bowen fights various guys including guy from the Patriot and Event Horizon and some other grisly looking guy who I always thought looked familiar but couldn't quite place and am not about to look up on IMDB now, killing them all. Finally it's him and Inan. They fight and fight and fight some more. Draco tells him the only way to kill Inan is to pierce Draco's heart. Bowen won't do it, until the last second when Inan is charging him and then Bowen does it and both Inan and Draco die. Draco turns into the star, like the eye of the constellation Draco or something.

That's about it. Or at least as much as I can remember at 2 in the morning. 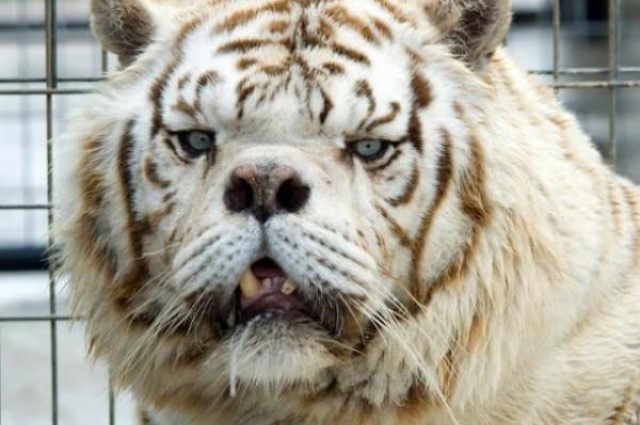