He couldn't even make it into the real season before being himself again, a piece of shit.

Share All sharing options for: Fire Raffi Torres into the sun, twice

Shitheads like Raffi Torres are categorically worse than 4th line enforcers. They're worse because it's easy to look at a guy like John Scott or any of the other skill-limited goons that take up roster space and 4-5 minutes of ice time in 48 games a year and conclude, "this guy is not capable of playing an NHL game apart from his fists." When they score a goal, everyone finds it hilarious, and maybe they even print up fucking t-shirts, like it's a bachelor party.

If they get a primary assist people chuckle. Mostly, they skate around looking awful until their team is down by multiple goals, then they challenge the guy on the other team who most resembles themselves to a fight, which lasts 40 seconds, maybe. People cheer, the other players tap their sticks on the boards, and we all get a little adrenaline rush. Then they retire and kill themselves after 5-10 years. Hockey!

But shitheads like Torres and Matt Cooke and Jarret Stoll (you heard me) don't follow this dumb but limited script. They actually do have some skill. They get more ice time. They play against real players. They believe their style of play is helpful, even if they regret the carnage that results, usually in hindsight. They get second and third chances. And then, like Raffi Torres the other night, they finally prove to even the people that are inclined to over look their history that they're a liability to their team, other players, and the league. Whoopsie! 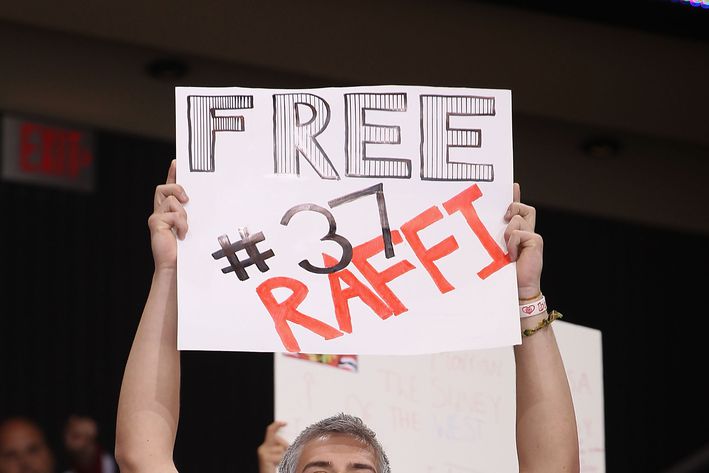 This guy can co-pilot the rocket, Christian Petersen/Getty Images

I didn't want Raffi Torres on my team. It reeked of Doug Wilson's terrible habit of coveting and acquiring players that specifically made the Sharks suffer before in the playoffs (in this case, when Torres was an Oiler and demolished Milan Michalek, and the Sharks forward depth and ultimate playoff hopes). When he was here, I held my nose and wanted to believe him that he had learned his lesson after he put MARIAN Hossa in a stretcher. He brought some needed skill and scoring to our third line. Then he got suspended for another questionable hit in the playoffs, and once again doomed our forward depth. Why do you provide a roster spot to a guy that's going to hurt your team just as much as he's going to hurt the other team's players?

The Sharks play in the heart of Silicon Valley. Surely there's a science-fiction loving sociopathic venture capitalist with enough clout to help me with my goal: shoot Raffi Torres into the sun, twice. It's like Space X and all the other space bullshit that rich investors here want to do instead of materially helping the communities in which they operate. We build a rocket, it gets shot into the sun, some other sort of rocket gets it back (look, I'm no space scientist, I focus on RESULTS), and we shoot it into the sun again. This may take billions of dollars and thousands of person-hours. It may take years. This is fine, he's going to be suspended forever anyway.

We can do this. We can fire Raffi Torres into the sun, twice.