Jer hijacked a MetroLink train, so I'm filling in while he sorts that out.

Greetings, Ducks fans. It's your old pal shampeon here to make you feel great about your favorite team, the Anaheim Ducks. Jer appears to have snapped and hijacked a MetroLink train, but it's ok, because I'm obviously a huge Ducks fan in addition to being a Sharks fan, as evidenced in this picture: 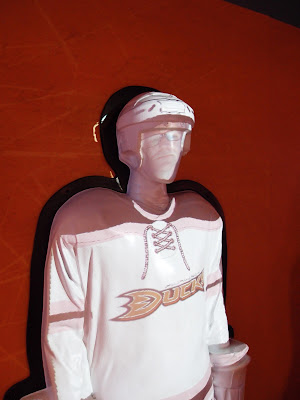 Looks like you're taking on the...uh...Vancouver Canucks! Wow, what a horrible game. Is it me or does every game lately feel like you're playing Shit Team To Whom You're Gonna Lose? Oh wait, no. That's you. This season my team only does that half of the time, instead of all the time.

So right, the Canucks. Man, that guy Kevin Bieksa is an asshole, huh? Oh shit, he's with you now? Well, it's still going to be annoying to watch Ryan Kesler play tonight. And every night. Because he plays on your team now. But that's ok, adding a veteran center to a team anchored by Getzlaf and Perry and stacked with young forwards like Emerson Etem, Matt Beleskey, Nick Bonino, Kyle Palmieri, and Bobby Ryan is a shrewd move, even though I don't see any of those names on the roster for tonight's game.

Turning to the Canucks, I guess there's really only one thing to say: 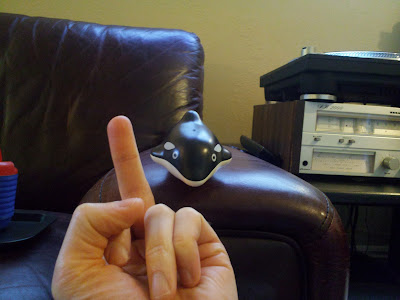 Prediction: The Ducks previous playoff experiences motivates them to charge out of the gate, using their forward depth, young & mobile defense, and goaltending to take the Pacific by storm. This team is hungry, it's deep, and it's got the coaching staff to lead them to the promised land: the Stanley Cup. Go Ducks!

This band is/was from Vancouver.