[Editor's note: Hi everyone. I have a concussion and am being forced to ride a stationary bike. Therefore, I'm still not writing. I may never come back. Anyways, reader RJ Hamburger, a Flyers enthusiast, has graciously offered to pen a great ode to Jeff Carter to fill in.]

Thanks to stace of base, which is also the name of my uncles awesome Ace of Base cover band, who agreed with my feelings, I will be replacing notdeadryandunn at www.battleofcalifornia.com.

Because of this the duty of riting the game day post for the Kings has fallin to me, much like the cast aways of the Flyers have fallen to the Los Angeles Kings. I refuse to right, or even talk about the NHL team in British Colombine bc of the trader Dan Hamhuis. The Flyers traded Ryan Parent, who could be helping theyre defense right now for rights to sign him. He then defecated from Philly to an unspecified NHL team like a giant pissbaby. SO fuck him and the unnamed team he now plays for. This caused me to write about a myth that is poluting the NHL. Jeff Carter is not good lookin.

Growing up in South jersey (the best jersey) I went to school during Carter's glory hole years in Philly and had to deal with girls always talking about how hot he was. I spended countless hours looking over pictures of him wondering why girls (HEY MARIA) thought he was hot but not me. Till this day I have not been able to figure it out.

ANy ways, Let’s look at why Geoff Carter is ugly. 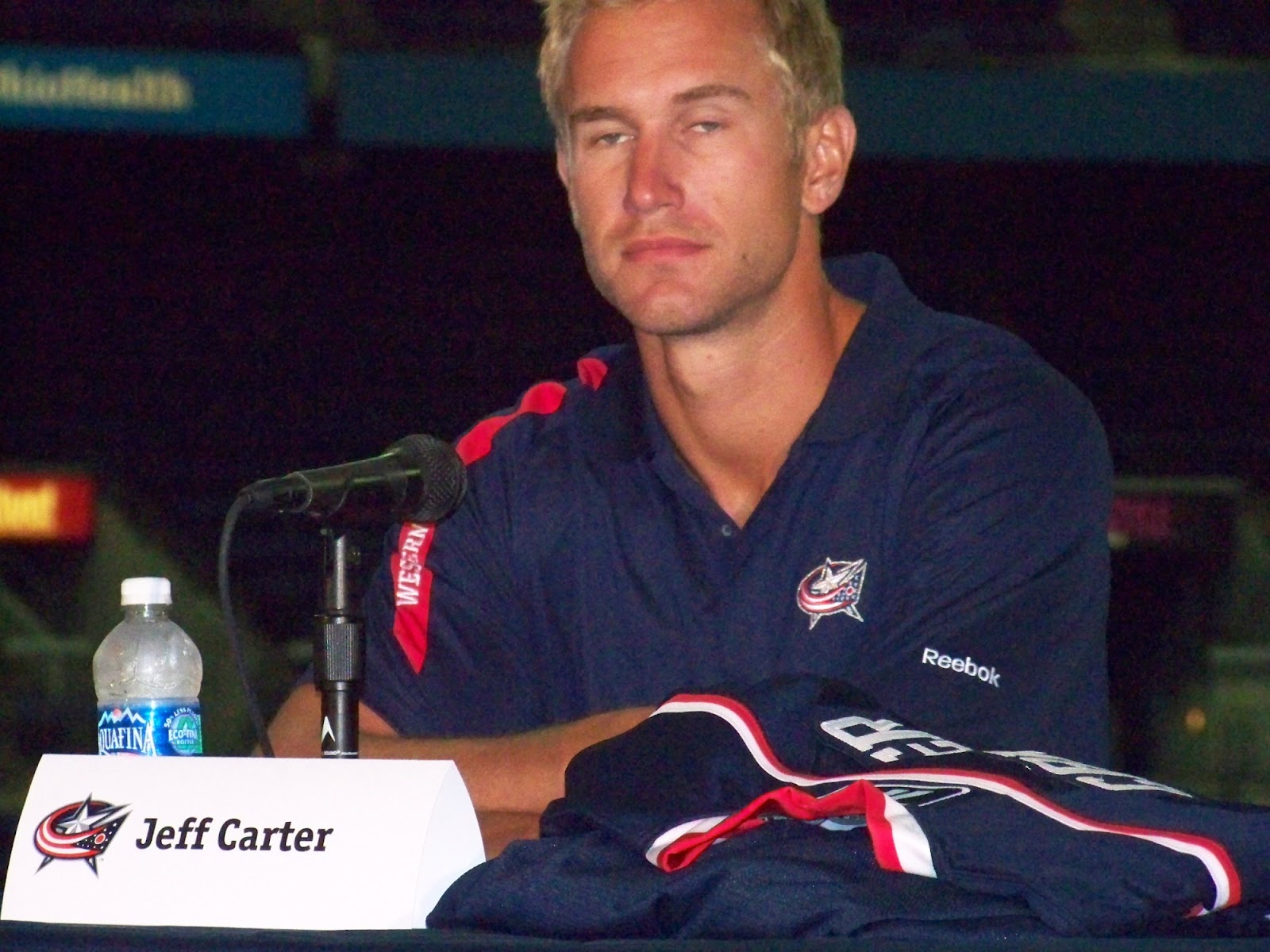 Just look at him. Too self centered to be worried about improvinf the god awful city of Columbus. You can see it in his stoned, hungover eyes, which are very ugly. He even got to go with one of his best friends from Philly, RJ Umberger, but just couldn’t get over how much cooler and hotter and more better Mike Richards was to be happy there.

Moving forwards, lets look at these pictures of them that defiantly didnt get them traded out of Philly. In the left picture, you can see Mr. Carters envy turning his eyes green (colorblind people will understand this), because of the girls looking at Mike Richards with such lust. Carters eyes seam to be the center for his ugliness, a side, from the scar running down from his mouth. In the picture to the right, you can see him senselessy groping a woman while Mike Richards is being a good christian boy. And agsin, his ugliness is manifestoed in his closed eyes. 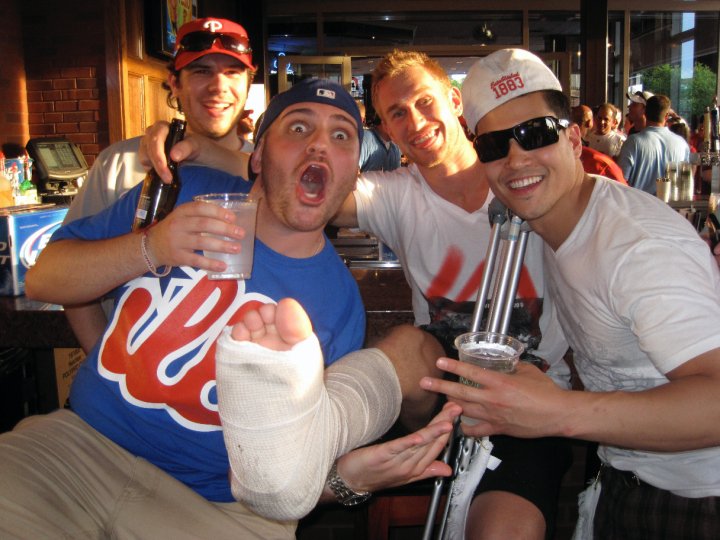 This picture is the exact reason why Jeoff Carter is ugly. Lookit, he has his dumb eyes, and that stupid face, drinking beer. He’s hanging out with Philly broes, who are the worst people in the world, aside from LA, Boston, and Chicago brose, and look at his foot. He had a broken foot during the 2010 playofs, and hmmmm looks like he has a broke foot there SO IT HAS TO BE THEN… so he was drinking when he should have been rehabbing (hmm funny he should of been there for that too if you ask philly media) and thats why he shot a puck into Antero Nittymaki’s face instead of an open net during game 6 of the finals and cost the flyers the game and a stanley cup. His ugliness literally ruined the Flyers. And broke my heart (YOU DID TOO, MARIA).

They scratch Jef Carter  and Mike Richards drop down from the rafters like the Stanley Cup and scores 3 goals, violinty murders Dan Hamhuis and win 3-0.