Ducks vs. Bruins Gameday: Thumbs Up! A spade post

Summary? I am awesome. -Spade

Yo playas what up? 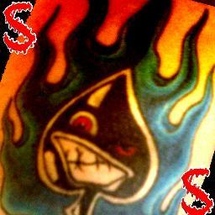 First off big announcement I am your new ducks blogger for Battle of  California!!!

Jer after watching "A Million Ways to Die in the West" was inspired to follow in the footsteps of Doogie Howser and his mustachery,

Jer is opening up a "Beardery". His son will be the mascot Bearded fellows with flat brim hats and lifted trucks always get 10% off!

OK early April fools...its a bullshit story all of it...but that was fun right? Well I got  more fun ahead...but

It has a been a while and there are reasons...

One: I finally got a job where I actually work most of the time. Previously I worked for consulting firms Where we worked to projects..We would push hard to get them done..then have a lot of down time in between..This job is the opposite of that

Three: I am old and slow. You know, I know some of you cabrones since 08'?

Four: Rudy left the blog and pretty much took anything good with him...seriously we need a virtual bronze statue placed on the front page for all to jack off to

and lastly: I spend all the time I am not working or being a father...donating sperm as obviously I am master at making babies*

Now i plan to give you 3 stories. One is me, one is a friend and one is bull-shit.

Before we do that though this is a hockey blog and I guess we should talk about hockey. I will state the obvious and prepared to be blown away. The ducks are getting bounced in the playoffs. 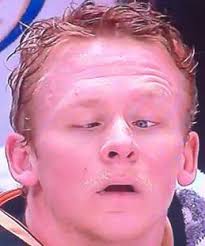 i give props to ducks fans. Like all other franchises 80% of us are realists and know it. The other 20% need to run into traffic yet keeping buying tickets and merch. (Detroit and Vancouver this percentage is reversed. Sorry Ang and JJ)

Hell even our own players know it. I was going to make this same point but

Cogs did it for me:

Sums it up right there. Now i know the popular theory is sit Stoner and our defense will magically be awesome and unstoppable...but no..watch the tapes..every D men are out there doing boneheaded things..

When we get bounced and we get a coach that has some sort of defensive system...we will be something...

So fuck the Bruins tonite..because Chara and Marchand and Boston.

anyways nuff about depressing shit..let's get to stories.

A man in his early 20's, bookworm, virgin goes on a double date with his buddy. He is akward with his date naturally talks about a pimple on his face. Joke's he has name for it "Stewy". Luckily for him his date is a "Ho" named "Janessa" who ignores his Marleau-ness and hints "action" is in the cards. The 2 couples rent 1 room with 2 beds and both couples proceed to get freaky (one of the men had way too white of an ass). The next day it is revealed he used his thumb to "prime the pump" lets say. Friends now joke with him and say and gesture "Thumbs up"!

One buddy is driving his other buddy to get a haircut. The Parking is of the diagonal type. He tries to park the opposite way the lines are going and states "check out my great parking" and proceeds to Tbone a parked car. Needless to say he did what any other proud responsible American would do he sped off before causing any american vs. american crime.

A couple invited another couple over for let's call it a wife swap. One of the men was a burly manly type the other more modest average type with tattoo's and a wicked smile. Mr. Burley man needless to say could not perform his manly duties and proceeded to cry. Mr. wicked did just fine and Mr. Burley had to go home in shame.

Ill reveal the answers on Friday happy hunting and why havent we set up a BOC drinking fiasco? Or do I just never get invited? Fuckers! I will do so if I get enough interest.

GO DUCKS young dmen getting more experience..GO Kirby getting fired for  Dave  Tippet or someone similar to save us next year.