An inexhaustive hierarch of pits.

Pittsburgh, the "City of Pits," is well known for its pits. People flock from all over the country, and even the world, to see the gaping holes in the ground scattered throughout the area that are Pittsburgh's namesake. To honor our Stanley Cup Final opponents, let's take a look at some famous pits and rank them. 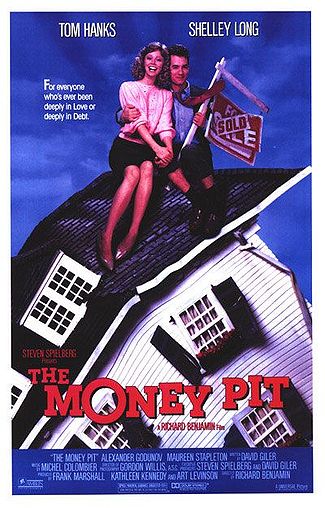 This was a Shelly Long/Tom Hanks comedy from the mid 1980s about a young couple who purchase a fixer-upper that ends up being very expensive and awful. What a great premise for a movie! Very relatable. I don't remember a whole lot about this movie except for one scene where Shelly Long has gotten out of the shower and opens her medicine cabinet to find a workman's face in a gaping hole in the inside of the cabinet. He reminds her to take her birth control pills, and Shelly Long closes the medicine cabinet door. At the end of the movie, the entire house collapses around them, but Hanks and Long were white yuppies in 1986 so they were probably going to be fine. This wasn't a very funny or good movie.

11. Pit from Super Smash Brothers, whatever that is

This is some stupid looking character from the kind of video games that I think of whenever somebody tries to tell me that video games are art. Yeah, maybe, but just because it's art doesn't mean it's not lame as hell.

If you grew up in Southern California, there was a good chance that you went on a field trip to this place, the smelliest place in SoCal. There you got to see evocative depictions of animals slowly dying while stuck in viscous tar. There were exhibits where you could yourself try to pull a stick out of some tar so you could really imagine what it would be like to be literally feet from safety but completely fucked and looking at an agonizing, exhausting death while your animal friends and family watched. Also, you got to see a human skeleton and the artist rendition of a young native woman whose remains were found in the tar. A perfect day trip for a bunch of 6 year olds.

9. The Sarlacc Pit from Return of the Jedi

I can just see George Lucas talking to his production designers for this. "I feel like this pit isn't quite vaginal enough. I'm deathly afraid of female anatomy, which I feel conceals teeth and horror. Please make a thing that swallows men whole that looks very much like a vulva. Thanks, guys!"

A good one is equal parts impressive and stupid. A bad one can maybe kill you and attracts the kind of dude that is impressed by meninist web sites.

I guess this was some sort of teen hangout on the show, like in the 1950s? I don't know. I don't get it. The Flaming Lips played here in one episode, and Ian Zierling did a sweet chair dance.

These guys seem like real assholes to me, but they just want to eat rodents and be left alone, so it's not totally their fault.

There is an approximate 2 hour window in which you can easily remove the pit from a peach. Too early, and it is cemented into the unripe flesh and impossible to remove. Too late, and the overripe flesh clings to it and makes a goddamn mess. So you better choose the time to cut into it wisely, dickhead.

They can be really sweet, like this one above. They can also tear your neighbor to shreds, as they were bred to do. Good thing desperate people try to breed them for money!

3. The Pit of Despair

Real talk: Somebody is going to remake The Princess Bride with 1000x the budget and with a bunch of dipshits for a cast, and it's going to be terrible, but also make the original look even more cheap and cardboardy.

Your character is named Pitfall Harry, so automatically this thing rules. You jump over crocodiles and giant scorpions and swing from vines. Everything is blocky and shitty. Did I mention this thing rules?

Get back to your neanderthal roots by digging a pit in the ground, loading it up with fire, and throwing food inside to cook. Memorial Day is the unofficial start of grilling season anyway, so make everything smell like smoke and maybe start an underground fire that burns for decades!

Prediction: Someone is getting thrown in a pit.