in need of a beer - Jayne Kamin-Oncea-USA TODAY Sports

Look, I know you are old and slow. I know that your bottom 6 is comprised of people who probably don't actually exist. I mean, Amadio? What, are you an episode of Family Guy in Italy? Iafallo?! Now you are just fucking with me. There is no way that is an actual name. Forbort? Are you so desperate for players that you are now relegated to playing nerdy sitcom characters? I know you are terrible at everything except goaltending. BUT CAN YOU AT LEAST WIN A FUCKING GAME OR TWO?!?!

San Jose is going to have to face an actual real NHL team next round, with actual NHL players, and actual NHL coaching staff, and an actual NHL name and logo. So it would be great if Vegas was well rested like they just got back from vacation. Don't get me wrong, watching Quick put up a .945 SV% and still lose every game is hilarious. 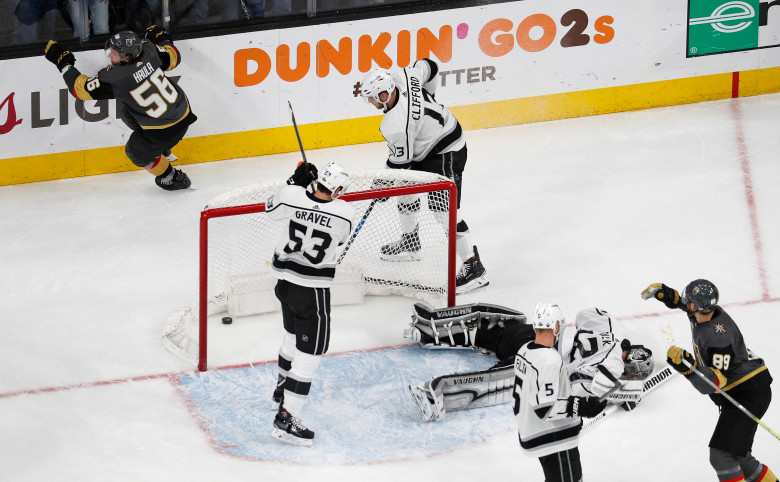 Watching players who I didn't even know existed at the beginning of the year, skate circles around the Kings, is hilarious. It's just, you and Anaheim are making California look bad. Also, I would really like it if Vegas had to break a sweat before they faced us.

At least bruise them up a bit. 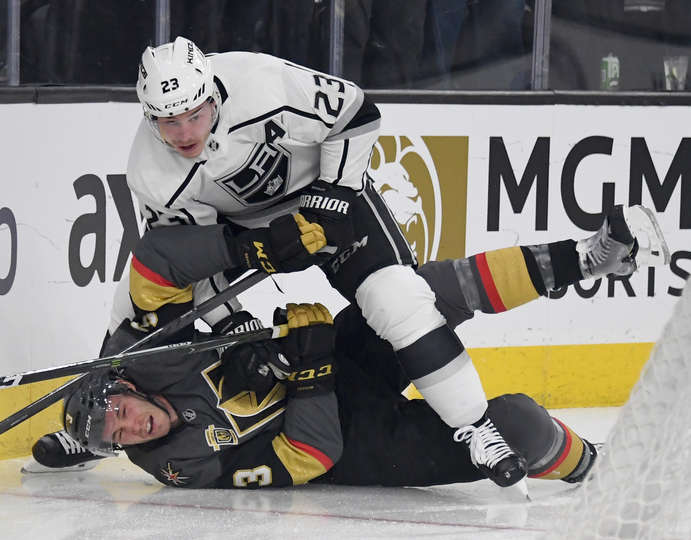 more of this please